Create an Account - Increase your productivity, customize your experience, and engage in information you care about.

The City of Sunset Hills hoped for a long time to build better community by connecting subdivisions with a sidewalk network. As far back as July of 2002, a sidewalk Master Plan was developed for the City by Burns & McDonnell.   Flash forward to 2014, the City solicited RFP's to area firms for evaluation, selection, and design of sidewalk projects to improve and interconnect the City's sidewalk network.

In August of 2014, the City received submissions from 11 firms for consideration of this work and Oates Associated was interviewed and selected as the successful engineering firm at the September 2014 Public Works Committee and approved at the following Board of Aldermen Meeting.

In October of 2014, the Public Works Committee met with the Oates design team.  Oates was assigned the task of working with Director of Public Works Baker to prioritize projects, seek grant funding, and place emphasis on Rott Road, Eddie & Park, East Watson, and Denny Road.  A desire was also expressed to look at S. Lindbergh if grant monies were available.

In 2016, the City improved Eddie & Park with the extension of the north sidewalk from Truman School up to Kitun Dog Park.

In 2018, the City installed sidewalk on the south side of East Watson from S. Lindbergh to the end of the sidewalk in Crestwood.

In 2019, the City planned to install sidewalks in cooperation with MODOT on both sides of S. Lindbergh from W. Watson/Eddie & Park to Rott Rd./E. Watson.  This project was delayed and is now underway in 2020. 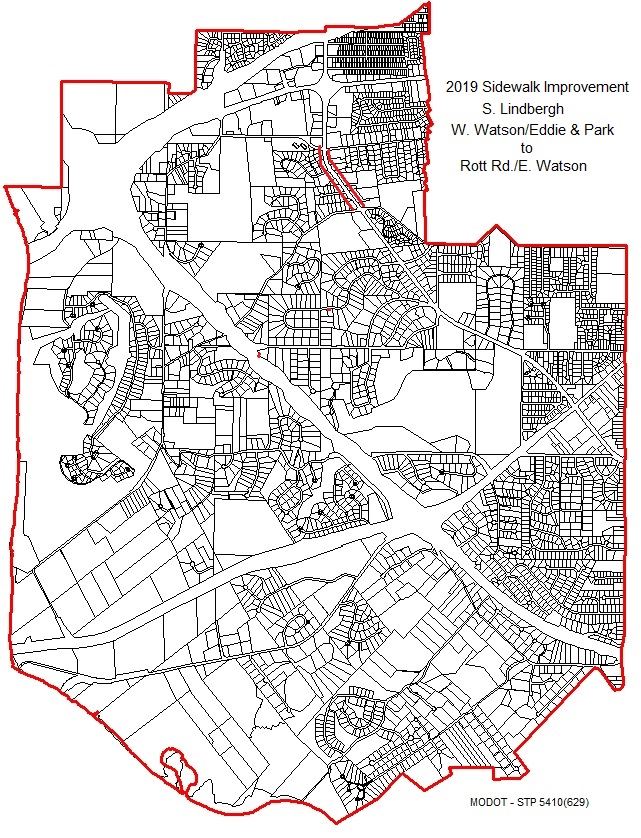 In 2016, the City was awarded a grant administered through MODOT for a sidewalk on the east side of S. Lindbergh in this area.  The Public Works Committee recommended Oates & Associates to perform the design.